NOTES FROM THE HEAD OF E-COMMERCE DEVELOPMENT

As a new decade approaches, the way tire buying has changed and how everyone in the industry has adapted will be one of the key takeaways to note.

The convenience of consumers completing transactions online has evolved and reached a point where it’s becoming common to do so daily. The act of completing a transaction online is called e-commerce. eBay and Amazon are the notable marketplaces where many have experienced their first online transactions.

During 2013, Amazon Prime saw its subscribers surge from 7 million subscribers to 20 million. After 4 years of steady growth, Prime subscribers surged 54% to top 100 million subscribers. The success of Amazon Prime falls in line with the growth of U.S. e-commerce sales as a percent of total retail sales. Recent Internet Retailer analysis of U.S. Commerce Department figures show e-commerce represents 14.3% of total retails sales in 2018. Amazon accounted for 40% of U.S. online retail.

If you’re wondering why I’m referring to Amazon Prime and the growth of e-commerce sales, it is because this has become part of many consumers shopping habit. We need to understand these consumers have all adapted to convenience. Online shoppers buy through the internet for many reasons including product variation, customer reviews, and price comparison to say the least.

Over the last five years the buying of tires online by end users has increased for several reasons including online ads, product variations, lack of availability at local tire shops, ship to installer options, and plus sizing through vehicle configuration on websites which minimizes the need for a tire experts support.

With that said, tire shops have already begun adapting by signing up to become preferred “ship to installers” and also by eliminating the inventory they keep in stock which has increased their dependency on local wholesalers.

Distributor wholesalers like TGI have adapted in more ways than one would think. One of the biggest changes in the last decade is SKU proliferation. At the start of the millennium, the industry needed 267 passenger/light truck SKUs to ensure 80-percent market coverage. Today, the number of SKUs needed to cover passenger/light truck has more than doubled to 625 SKU. In addition, distributors have adapted to recent trends by partnering up with online tire retailers and fulfilling orders for them via drop shipping.

Let’s not forget how manufacturers like Goodyear and Michelin decided to go direct to consumers online. The reason they did this was in response to the buying behavior of consumers.

As this decade comes to an end the size of global ecommerce at the end of 2019 is expected to reach $3.5 trillion following a growth of 20 percent from the previous year. China will be responsible for $1.9 trillion in sales, followed by United States with $586.9 billion, and the United Kingdom totaling $141.9 billion. Global ecommerce sales account for 16% of global retail sales which will total $21 trillion by the end of 2019.

So, if you thought for a second buying tires online wasn’t cool, think again! -Danny 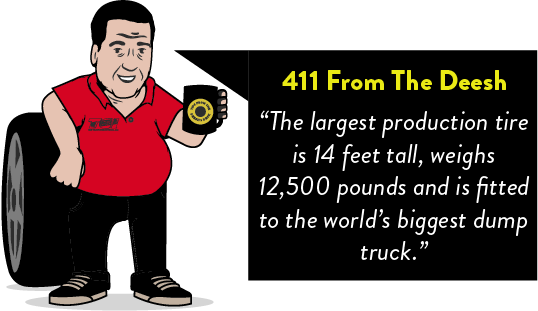 Check out our Press Releases

COSMO TIRES LAUNCHES THE "COSMO MUD KICKER"- WITH ITS PATENTED DESIGN INNOVATIONS, IT IS THE INDUSTRY'S FIRST "MUD RATED" TIRE